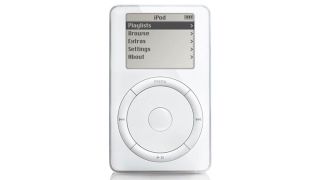 The developers of the much loved music compression format MP3 have officially announced its demise.

The Fraunhofer Institute, the German company that was one of the main driving forces behind the development of the MP3, has released a statement that the licensing for patents and software relating to the MP3 have been terminated.

MP3 has been around since the 1980s and was one of the main driving forces behind a revolution in the way that people listened to music. Don’t worry –you’ll still be able to listen to music on the move, it’s just that the tired format is being put out to pasture.

The fact that the name MP3 is so well known is a testament to the effect that the format has had on the music industry. Without the MP3 there would have been no ‘1,000 songs in your pocket’, the tagline for the iPod launched back in 2001.

The iPod launched a new era of digital music, with the iPhone following on from its success, and now we live in a world where we carry thousands of songs in our pockets and almost instantly access them.

To put the enduring legacy of the MP3 into context, it was invented before broadband, and anyone old enough to remember dial-up internet will recall the struggle of waiting hours for a single MP3 to download. The fact that technology has moved on as far as it has, and that the MP3 still exists, is quite remarkable.

However, the MP3 has in recent times been solidly overtaken by another format, the Advanced Audio Codec family, commonly referred to as AAC.

In the official statement from the Fraunhofer Institute shared by NPR, and an official spokesman said: “most state-of-the-art media services such as streaming or TV and radio broadcasting use modern ISO-MPEG codecs such as the AAC family”.

Defunct music formats are an interesting proposition; vinyl, CD and even MiniDisk still have loyal followers around the world. While MP3 is undoubtedly going to join the hall of fame in the history of music, the likelihood of music aficionados hanging on to the format is low as the quality of music is greatly affected by being converted into MP3.

So, while we won’t miss the tinny treble, we will miss the familiar friend. Farewell MP3.