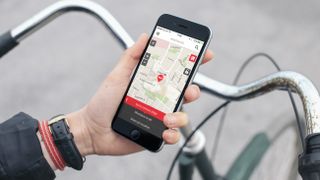 Thanks to smartphones and the likes of Google Maps, the stress has largely been taken out of finding a location. In theory you need never again experience the cold sweat of trying to decipher a series of scribbled directions as you search for the street where your job interview is taking place.

However, how many times have you tapped in a postcode (or zip code), been guided to a location and had your device confidently tell you that “you have reached your destination”, only for you to look up from your phone to see no obvious entrance or signs of life?

And that’s the rub. Postcodes were never designed to offer a precise location, but rather to identify a group of properties or addresses, and a satnav will direct you to the center of that group.

In the UK alone there are 1.8 million postcodes, each covering about 15 properties – but in reality one can really be expected to identify anywhere between one and hundred. Zip codes are even worse, corresponding to address ‘groups’ or ‘delivery routes’.

That said, postcodes are still seen as the best way to navigate to a location, thanks to their unique arrangement of letters and numbers, which reduces the risk of heading to a similarly named road miles away.

But what if you could be even more precise? The obvious answer is to use GPS co-ordinates, but while they can be incredibly precise, their overly long and easily forgettable set of digits make them impractical for widespread consumer use. There is, however, an alternative.

London-based tech firm what3words has divided the entire globe up into 3 x 3 meter squares (roughly 10 x 10ft) – that’s 57 trillion squares – and used an algorithm to assign each individual square a unique three-word address from a list of 40,000 words.

So for the London office of TechRadar, where this piece is being written, the address would be ‘ideas.coach.string’, while a short wonder along the corridor to reception sees the address change to ‘breed.mason.arch’.

The system has also been designed to reduce human error, so similar word combinations aren’t nearby each other, while if you spell a word incorrectly it will suggest the most obvious place.

This is all done via the free app, which lets you not only pinpoint exactly where you are, but also share your location and enter a three-word address, which you can then navigate to using the likes of Google Maps.

We must admit we were sceptical about the whole idea of what3words until trying the app, but it really does work – and with far greater precision than we’ve experienced by simply using a postcode.

There’s a fee for businesses use, but what3words does make a good business case for itself. For instance, while the address for an office might lead you to the main reception, for many couriers, the entrance to the postroom could be on the other side of the building. Using a three-word address, then, has the potential to cut down on wasted time and speed up deliveries.

What3words has benefits beyond cities too. For example it could mean no more struggling to meet friends at festivals or sporting events with sometimes patchy mobile reception and limited landmarks. Simply use the what3word app to pinpoint where you are, and send that address to your friends – the algorithm lives on the app and uses a GPS connection to locate your position, while the built-in compass can help guide you in the direction you need to go if your mobile reception is iffy.

Not only can it help you avoid a wasted afternoon wondering around trying to locate friends, but what3words is also being used by the likes of Festival Medical Services (FMS) at the UK’s massive Glastonbury Festival to provide onsite emergency healthcare.

Until recently the festival site was manually divided up into a 10,000 meter squared grid by FMS, with various named areas to locate people, but FMS now uses the three-word address system to help first responders get to where assistance is needed quickly.

Ireland is notorious for not having any form of postcode in its addressing system until only recently, and tourist offices such as Meath Heritage are now including what3word addresses to locate various places of interest, while humanitarian organisations like NGO Gateway Health Institute are also taking advantage of the system in South African townships.

Just outside Durban lies the township of KwaNdengezi, which has a population of some 54,000 people living in 11,000 self-built homes, making it almost impossible to find a specific location or tell someone where you live.

While descriptive directions are the norm, for emergency services it often means having to stop passers-by for directions multiple times, with the average response time being 2-3 hours.

However, by helping residents discover and use their own what3word address (in some instances, even printing durable signs that can be used like house numbers), Gateway Health Institute is working with emergency services to dramatically reduce response times in the townships.

What3word isn’t restricting itself to English, adding addresses in a range of languages so that users can use the app in their own language, or the language of the country they’re visiting.

To avoid confusion, no words are shared between language versions – once users find a what3word address in one language they can switch languages and discover the address for that same 3 x 3m square in a different language.

When you live in a country that has a comprehensive and effective address system it’s easy to overlook the need for more precise navigation, but what3words has the potential to give everyone in the world an address, however remote they may be.

By Phil Hall  World of tech